Don’t you just love a good love story? So do we! Hence, when we heard about the wedding of Caroline Brealey – a professional matchmaker who found her own Price Charming and then tied the knot earlier this year – we simply had to share it with you! 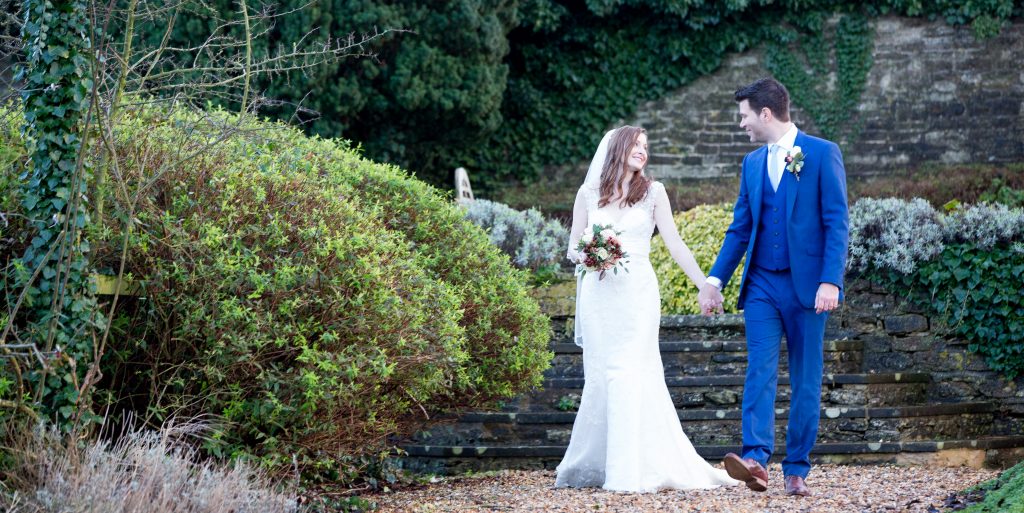 Caroline, 32, owner of the introduction agency Mutual Attraction, married husband Christian Oliver on January 22nd 2016 at a romantic venue in the Cotswolds. But the dating expert went against all her own rules when finding the love of her life – by meeting him while out partying with her work colleagues.

Caroline tells her clients that love can be found when you least expect it, no matter where you are – but that it can be difficult meeting that special someone when on a night out.

“We met while I was out for drinks in London. He had just moved here and was out with his new work colleagues.  I was also out with my work friends – I had just launched the business and was at my leaving drinks. I sauntered past him thinking I looked cool – he now says I looked like a muppet but it clearly worked. We swapped numbers and arranged our first date,” she adds.

The pair properly met for the first time at a pub in the capital before moving on to dinner – but it wasn’t love at first sight for Caroline. “After meeting we went out the following week but it was a rubbish day. The conversation didn’t flow and everything felt awkward. I think he could tell I was disappointed,” shares Caroline.

“He emailed me the following day and asked if I would like to go for a walk. I thought I would give it one more shot and as soon as we met we hit it off. I always say now to my clients that you have to give it a second chance because you never know. It’s getting the awkwardness out of the way. You have to give people a chance.” 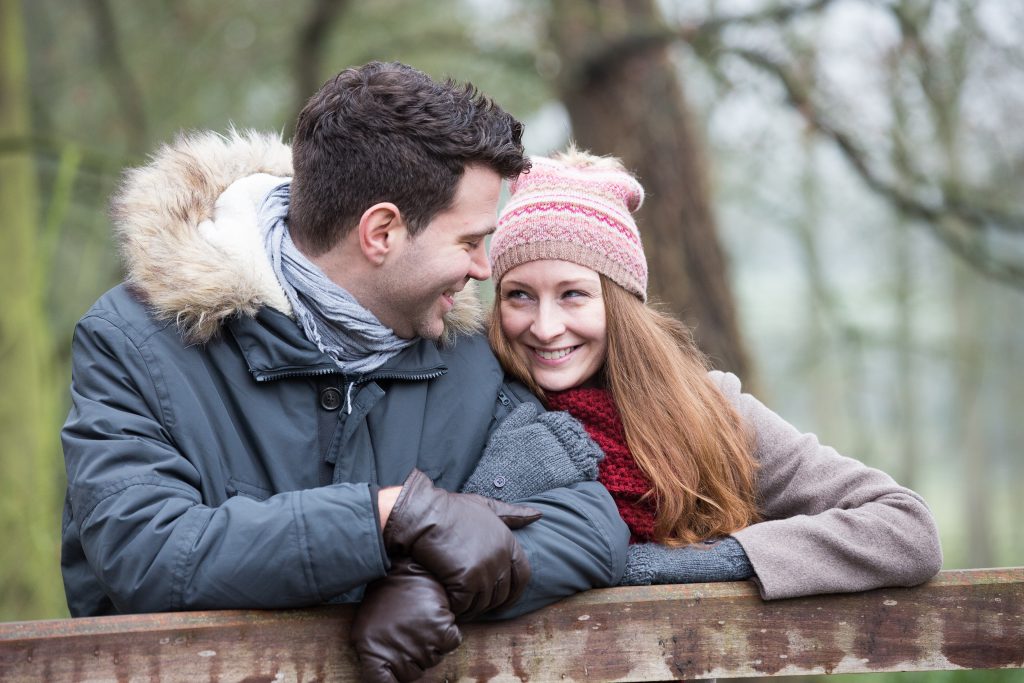 After three years together, Christian, who is originally from Gran Canaria, proposed at the Old Swan and Minster Mill in the Cotswolds – which also stole their hearts when looking for a wedding venue. “He proposed to me on my birthday, and then we were married exactly one year later on my 32nd birthday,” said Caroline.

“It was lovely and an amazing day. As a bride, you do tend to get quite anxious because you think about it a lot and it’s something you’ve dreamed of since you were young. The closer you get to the big day the more nervous you get but everything went as planned.”

But it wasn’t all plain sailing for the budding bride after nearly suffering a major fashion disaster: “There was one slightly potential catastrophe. I got ready in a cottage nearby and my dress did get caught in a nail as I left the house. All of my train was caught but luckily there was no damage. We were also lucky with the weather considering it was January. We were prepared for the worst but in the end we even went outside for the photos. It was a wonderful day and very romantic, but not too cheesy.” 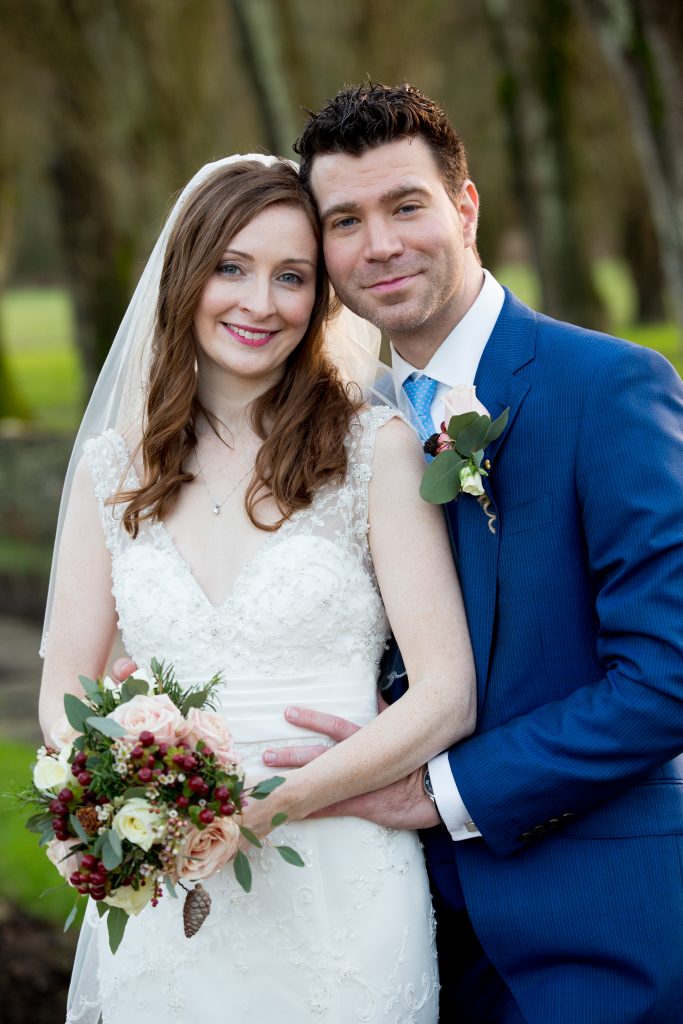 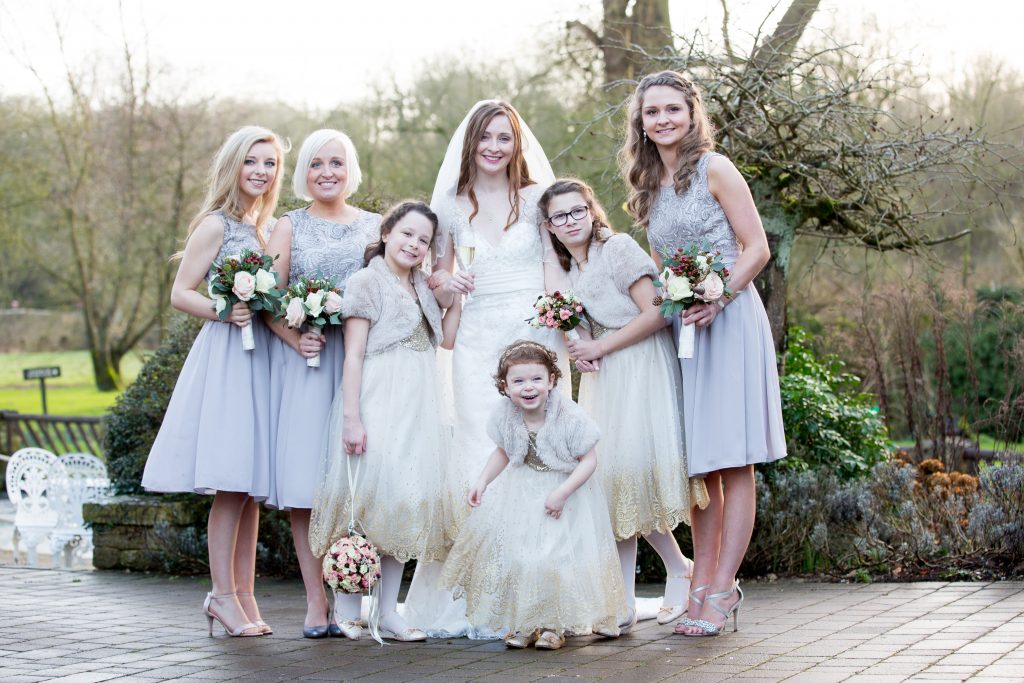 … to happily ever after

The pair were living in a flat in Canary Wharf but re-located in November to a house in Chislehurst where they have recently welcomed the newest addition to the family – a sausage dog called Lady. “I wanted a sausage dog for years and on our wedding day Christian told me that was my wedding present, says Caroline.

“She’s such a Daddy’s girl. I’m at home with her most of the day but he gives her all of the treats. She’s completely changed our lives – she’s our baby. She is like a shadow though – she follows me everywhere.”

Caroline works from home for her business Mutual Attraction, which she set up in 2011 as a personalised matchmaking service. The company finds quality dates for time-poor, busy professionals in London by actively searching the city’s busy social scene for them. Caroline spends time getting to know each and every one of her members before then heading out on the hunt for their perfect partner. Only when she has found a suitable date that has been thoroughly vetted, will she arrange an introduction.

Many of her clients are aged between late 20s to mid 40s but she says she has recently seen an influx in those aged over 50. If you know someone who is searching for their soulmate, share with them the following tip from Caroline:

“For me, dating is all about having fun. It’s a great way to meet new people. The best pieces of advice I can offer to anyone are smile, be approachable, and enjoy yourself. Remember, you often find love when you least expect it – just like me.”