Last year we announced that The Guild of Professional Wedding Services will be hosting their Annual Wedding Fayre this Sunday (5th of January), at which they will be hosting a Charity Prize Draw to benefit the Wedding Wishing Well Foundation.

The Foundation was established in 2012 to fund weddings for terminally ill people, many of whom are unable to afford a wedding due to the financial burden often imposed by serious illness. Naomi Thomas established the Foundation after walking through these circumstances herself. She was diagnosed with breast cancer in 2009, but thanks to the generosity of a local wedding planner who donated her time and found suppliers who donated their services, Naomi was able to get married in 2012. Naomi now uses her background as a wedding planner to help pass on the gift of a wedding to people in the same situation.

This Saturday, attendees at the Annual Wedding Fayre will have the chance to support the Foundation (and be one of 25 winners of some fantastic prizes at the same time!) by entering the Charity Prize Draw. Raffle tickets will be available to purchase on the day from the Wedding Wishing Well Foundation table.

Winners of the prize draw will be eligible for a 5% discount from a long list of Guild members, including suppliers of photography, flowers, wedding cars, videography, cakes, and more! The full list can be found on the Guild’s website here: http://theuniqueguildofweddingservices.blogspot.co.uk/2013/11/charity-prize-draw-discounts-from-guild.html. Guild members have also agreed to donate 5% of their bookings to the Foundation. 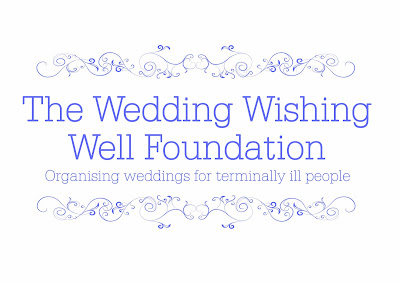